The craic on St Patrick’s Day 2019 and tips on how to celebrate it in Dublin!

St Patrick’s Day falls on the 17th March and is widely celebrated in many places around the world. This is partly due to Irish ancestry being found in many countries plus a nice curiosity people have about Ireland.

However I’ve recently become interested in how a country celebrates its Patron’s day/national holidays and try to visit during these festivities. I wanted to learn firsthand about the story of St Patrick plus the Irish know how to enjoy their themselves so I knew I was in for a treat!

We flew to Dublin with Aer Lingus from London Gatwick. Aer Lingus is actually the second largest airline in Ireland after Ryanair! When we arrived, the airport had been decorated in the flag colours of Ireland with green lights everywhere which was fun to see!

Getting from the airport to the city centre seemed easiest with Uber following a night flight. They are strict about which area to pick up your Uber’s from versus My taxi and others. Just to note, my taxi is cheaper than Uber by a few Euros.

As expected, accomodation is much pricier during this weekend than any other time of the year. We stayed in an Airbnb which was only a 20 minute walk into the city centre (check it out here and use my referral code for £25 off a booking!)

Saturday was our day to explore the city and learn more about the history of Ireland. We had booked a free Sandeman’s walking tour (the best way to do both of the above). On our way to the meeting point, we passed St Patrick’s Cathedral which has lovely gardens surrounding it for when the weather is dry and sunny (quite a rare moment in Ireland!)

Our tour lasted 2.5 hours and started at the City Hall with our guide Adam, before taking us to City Hall, Dublin Castle and its stunning gardens, Chapel Royal, Christchurch Cathedral, pit stop at Oscar’s Cafe Bar for a mid tour drink, past Trinity college to Temple Bar and ending our tour at the Molly Malone statue.

Here are a few interesting facts I learnt from our tour:

St Patrick was actually British! He was originally brought over by Irish pirates in his youth, working as a slave for a few years before managing to escape back to England. He then went back to Ireland (acting on a vision he’d had) to spread the catholic religion. He apparently used the shamrock to explain the concept of the Holy Trinity and eventually became a Bishop in Ireland. There’s plenty of folk tales about him including that he banished snakes from Ireland!? 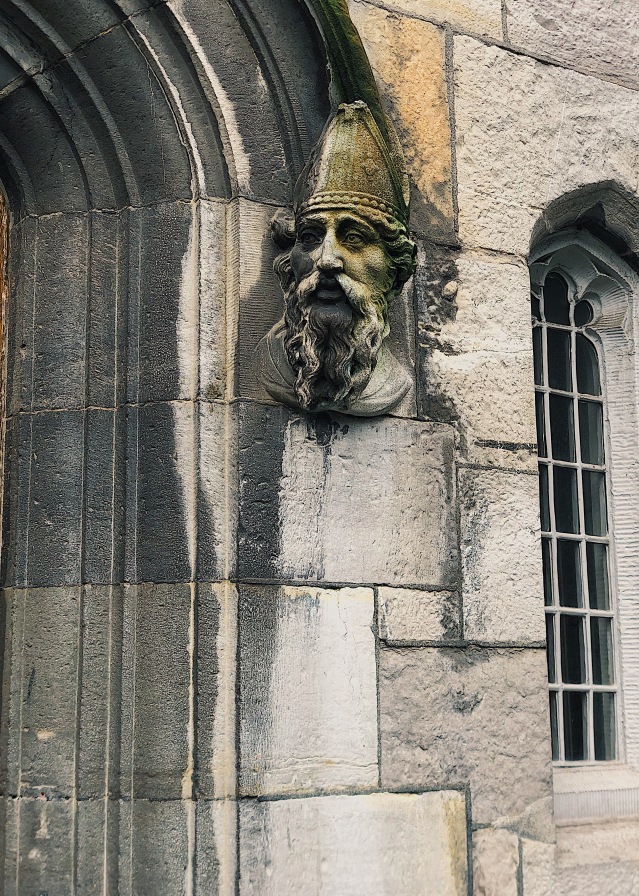 Dorcas “Darkey” Kelly – was the last woman to be burned alive for “being a witch”. There’s a pub named after her in the city.

The unofficial song of Dublin called “Molly Malone” is about a fictional character but regardless, there’s a whole statue dedicated to her!

”What’s the craic” – means what’s happening, what’s going on, wagwarn etc etc. The craic is 90 means it was amazing – named after the 1990 Euro Cup which Ireland took part in. If the craic is 0 then wow, that’s a big insult. There are no gradients of craic apart from that! 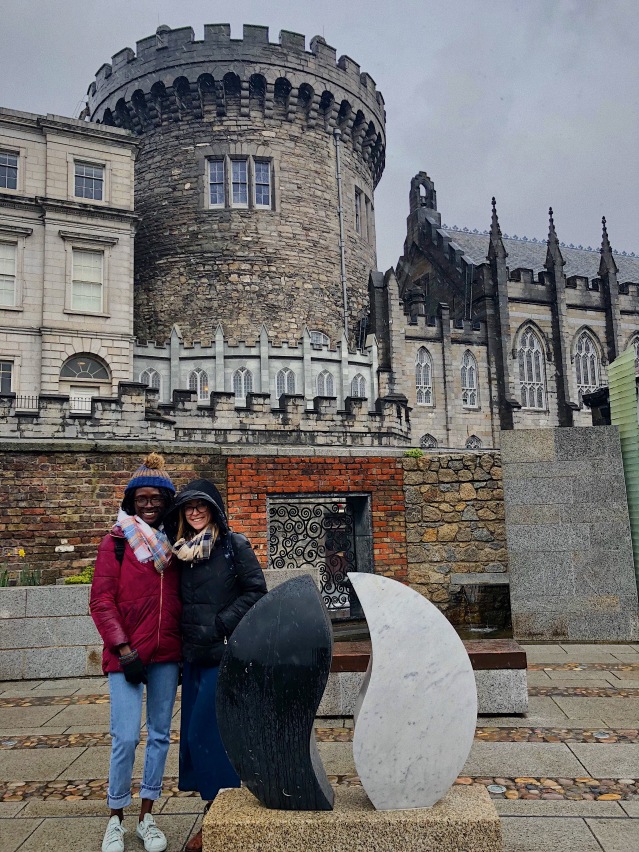 Freezing outside the beautiful Dublin Castle

Other touristy but very fun things to do when in Dublin is to go on alcohol tours!

Firstly the Guinness storehouse is an absolute must. It’s a self guided tour which takes you through the long process of making Guinness, the advertising of Guinness through the years and even food recipe ideas. We paid €29 each and it’s advisable to book online to save queuing for too long outside. A free pint of Guinness is included which can be redeemed on any floor. If like me you’re not very keen on it, then redeem your free drink on the 2nd floor in the Taste more section where you get 3 beers! This was the most fun area where we were treated to Irish dancing! And at the top, Gravity bar offers beautiful views over the whole city. 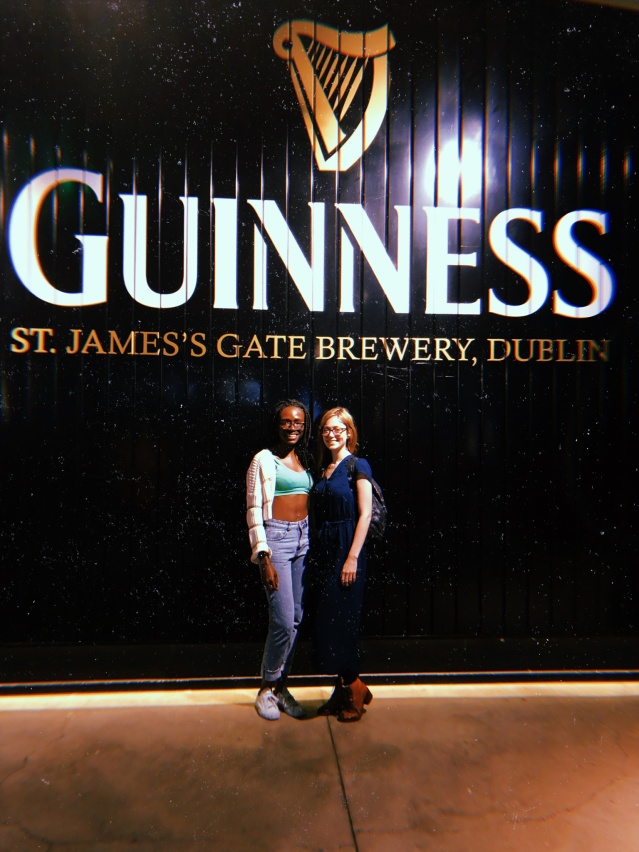 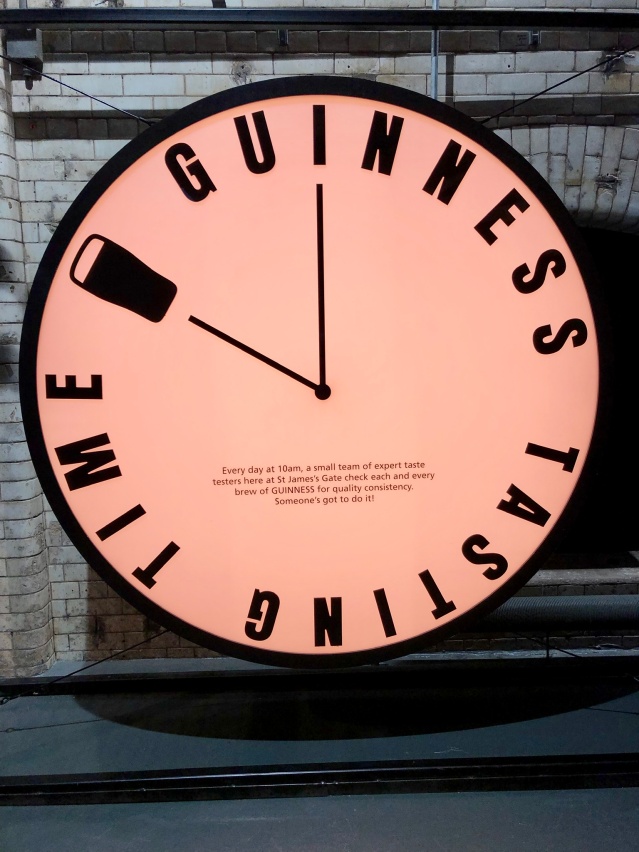 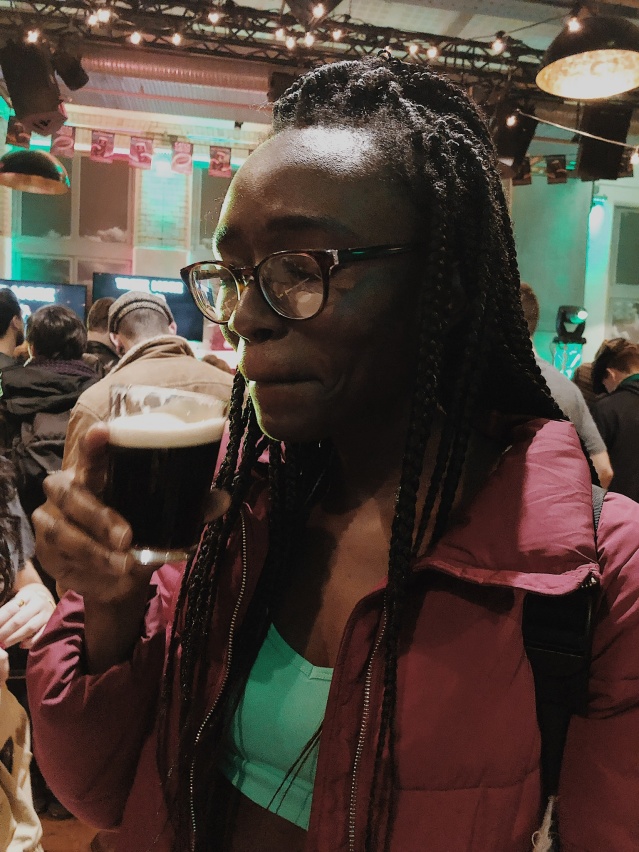 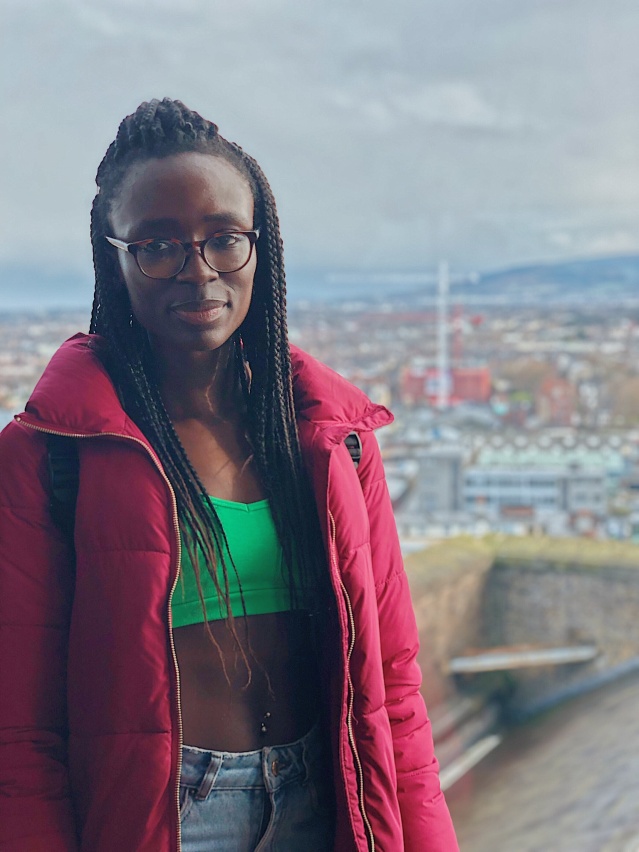 My second recommendation is an Irish whiskey tour. We visited the Irish Whiskey Museum – €16 for an hour guided tour (with our fab guide Ross) on the history of whiskey making and the rivalry with the Scottish whisky! The price included 3 tasters at the end!

The St Patrick’s Day parade takes place on the Sunday and was one of my highlights of the weekend. It starts at midday at Parnell Square and makes it way through the city centre. We caught it on the descent down from Christchurch cathedral at 1pm. The parade lasts an hour and the further away you are from the starting point, the more likely you are to get a front standing position. 2019’s theme was storytelling and it was interesting to see a mix of marching bands and people dressed up in various costumes.

The Counter – is a build-your-own-burger place which is very delicious and perfect for all tastes! 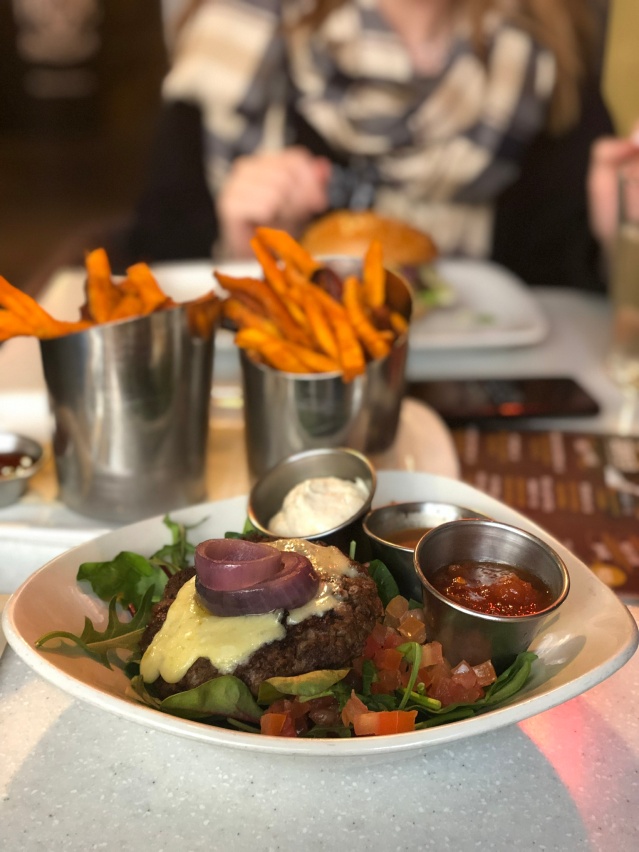 The Thursday cafe – a lovely place for an Irish breakfast and other breakfast items. I had the classic millennial avocado toast which tasted so fresh! 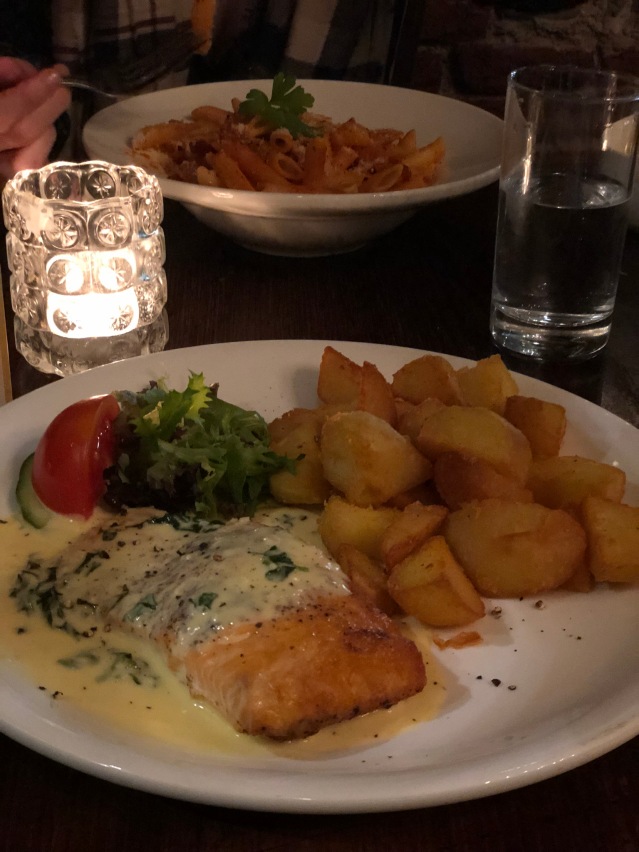 Temple Bar – this is actually the name of the whole street as well as the infamous pub. The area is touristy and prices reflect this. On Saturday night, we had drinks and karaoke at Norseman Pub which is free to enter and a bit easier to get into than Temple Bar, which we left for another time!

St Patrick’s day night out – We booked a Sandeman’s pub crawl which took us to 2 bars (starting at Grand Social at 7pm where we had live music), and ending at Copper face Jacks Club, all entry included plus 2 free drinks at the first stop and shots. The whole city centre is lit up green at night during St Patrick’s weekend which seemed to put everyone in a good mood.

As Ireland is part of the EU, you pay with euros but confusingly they have the same plugs as the UK so leave your European adapters at home!

Irish people are so friendly so feel free to ask them about anything and they will definitely try and help.

There’s a lot of history involved so make sure you visit a couple of museums if you get the chance, many are free. Over the weekend, they close quite early so we unfortunately didn’t not have time in our schedule.

St Patrick’s Day celebrations in Ireland are affordable and fun with enough planning. Book the cheapest flights you can find, get accomodation sorted early (slightly out of the centre centre but walking distance will save you the most), balance eating in and out, book the alcohol tours in advance to save a little and definitely go on an organised night out for queue jumps and cheaper club entry overall!

Would you visit Ireland during St Patrick’s Day? Or if you have, did you enjoy the experience? Let us know!

← Colombia x Wind Collective: Why you should visit Colombia in 2019
A Bloggers Day trip to…OSLO! →

2 Comments on “The craic on St Patrick’s Day 2019 and tips on how to celebrate it in Dublin!”