This August bank holiday, I spent the weekend in the beautiful Norwegian city of Bergen, hosted by the Norwegian girls that I had met during my Central American tour (check out the series here). It’s fairly easy to bond with like minded travellers when abroad but to actually stay in touch and successfully organise a reunion only a few months later? I was impressed with us! 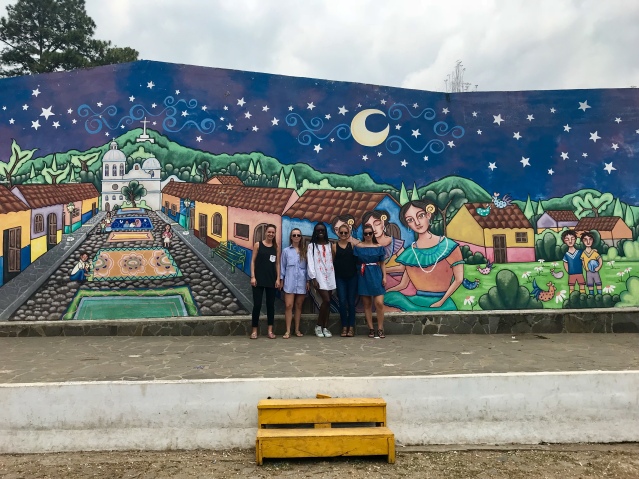 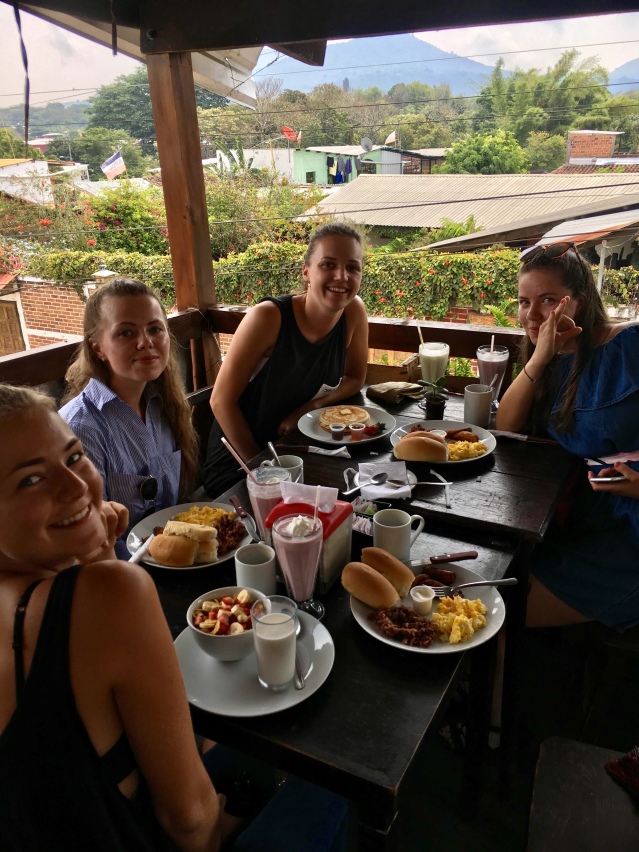 Continental breakfast! 3 Norweigans and a German

The easiest and cheapest way to fly to Bergen was with Norwegian airlines – a bit of Bank holiday inflation but outside of this, easily less than £100 return. After my nightmare 21 hour delay with Norweigan Airlines on my way to Costa Rica, I was quite apprehensive this time round. However it was a painless flight and they have free WiFi which genuinely works. Bergen’s airport has a question mark after its name but the Norweigans couldn’t explain why…I’m interested if anyone ever finds out!

Bergen is a beautiful city surrounded by many mountains, fjords and made up of islands too, 2 of which the girls lived on. After being picked up from the airport, we spent our first night in the quiet area of Fjell, in chez Tellnes. 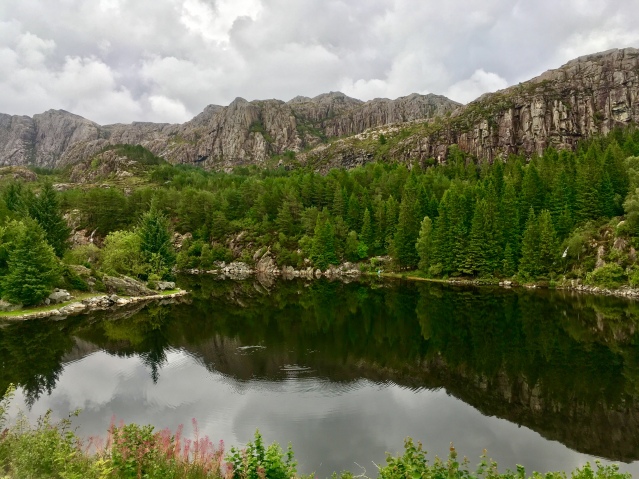 Morning views in Tellnes from the outside porch

We spent the majority of the weekend in Askøy being hosted at Mareyn’s house.  I loved how the Norweigan homes have letterboxes or doorbells with each family member’s name painted on so the household could be identified. A great idea in a safe feeling community but not something I expect to see in London anytime soon!

The girls’ neighbourhoods were separated by a bridge which has gorgeous views overlooking the other islands. 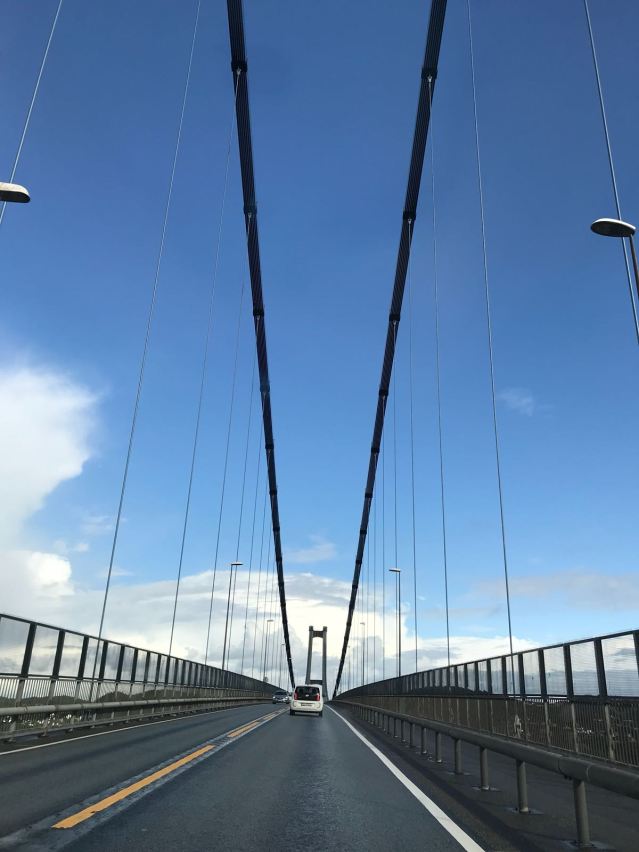 It’s fairly easy to get into the city centre via bus from Askøy and they even run through the night. However a scenic alternative (until 6pm) is the 25 minute ferry which costs 37NOK one way (same as the buses).  Skyss Billett is a useful app to buy your public transport tickets with.

Norweigans are super fit and all about the outdoor life so the girls took us for “walks” read “HIKES”. You can tell this as everyone walks around in fabulous athletic wear. Our first walk/hike was up Fløyen mountain. From the harbour and fish market, it’s a 2 minute walk, if that, to the start of its trail. The routes are signposted well and you’re spoilt for choice on which to use. Our way up passed through some residential areas, an athletic track and even a nursery in the forest. Half an hour later, we were treated to an incredible view over Bergen! It had been raining so bad the whole way up but luckily it cleared whilst we were at the top! 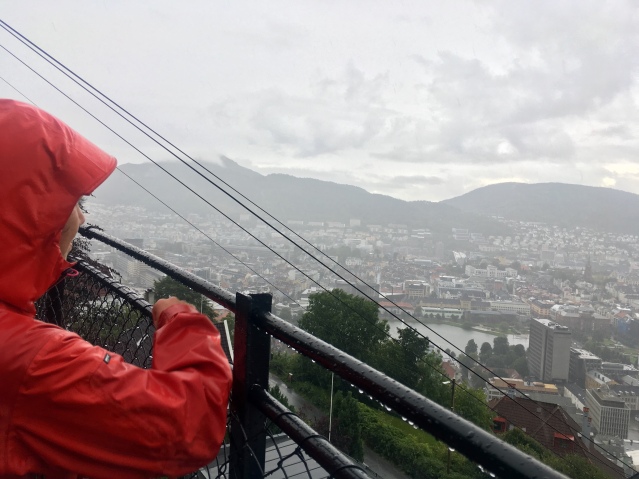 5 minutes into our hike 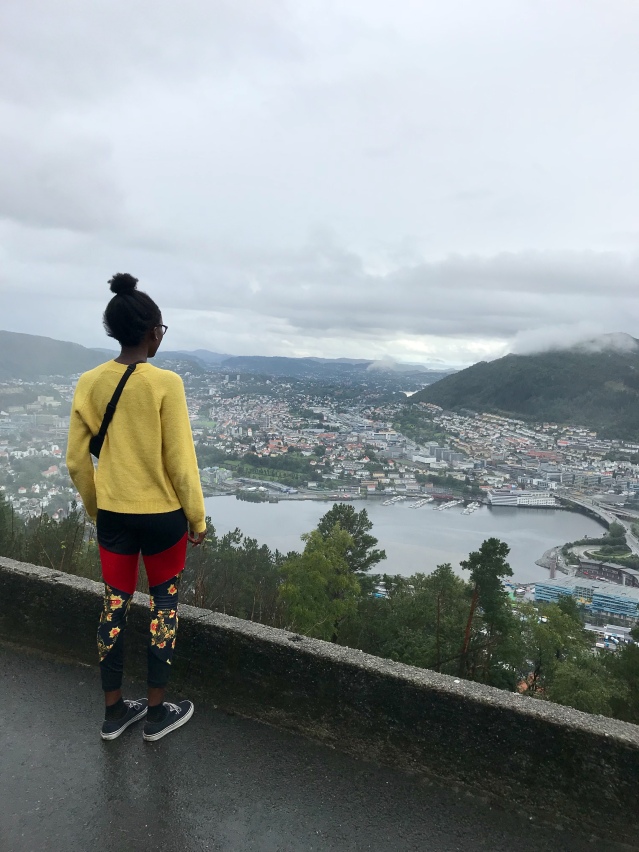 Much better at the top! 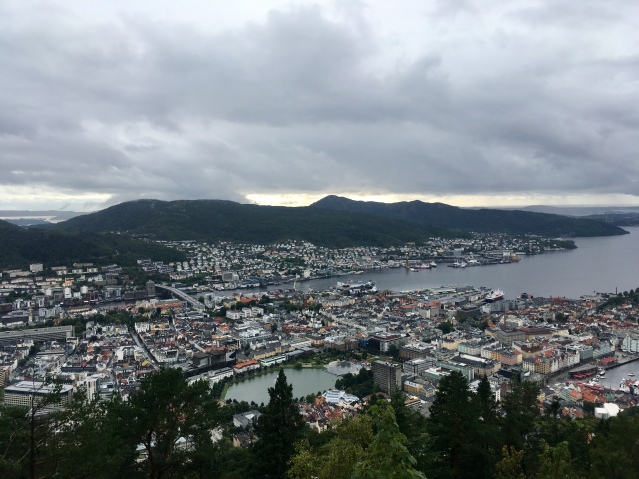 A quick alternative to get to the top is via the Fløibanen funicular but the hike is the best option if you can!

As well as a restaurant and souvenir shop, we also spotted a troll! These mythical creatures have been in Norwegian and Scandinavian folk tales for centuries and although I’m sure no modern day Norwegian believes in them, it’s nice to see they still have fun with it! 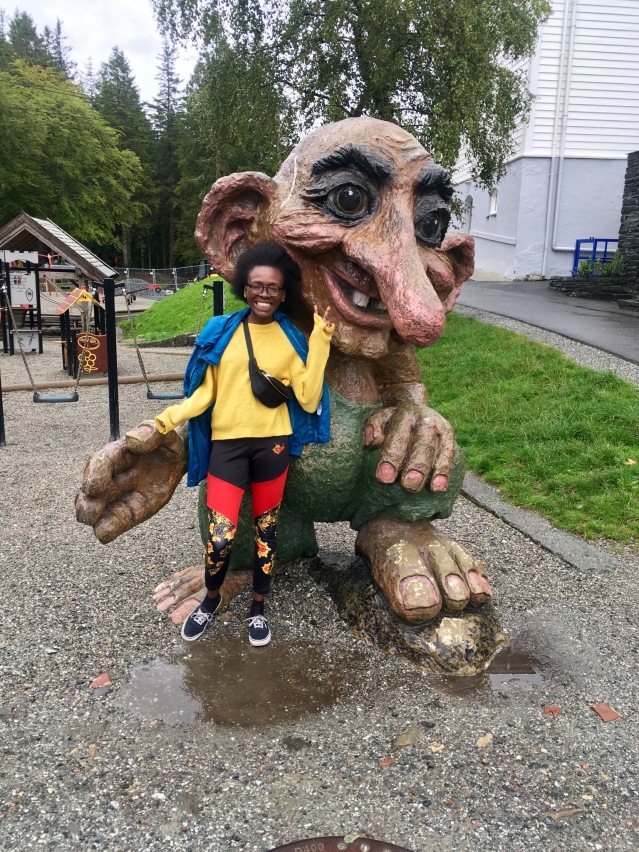 The forest route on the way back down (tippetue) was stunning with beautiful trees and waterfalls. 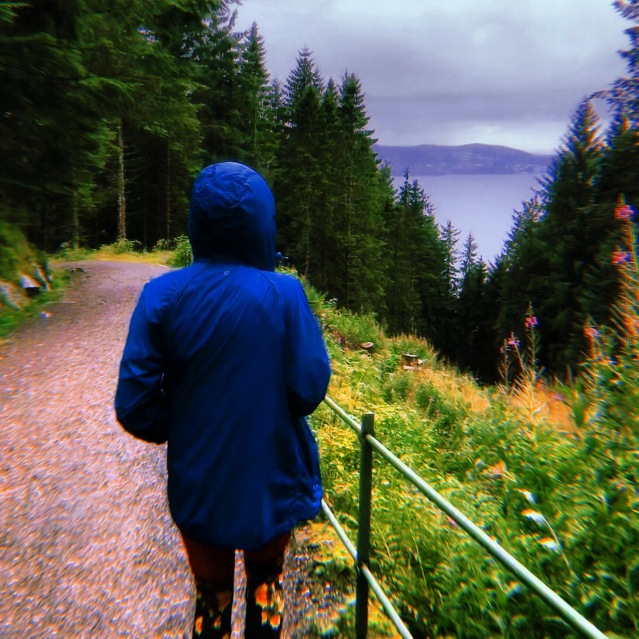 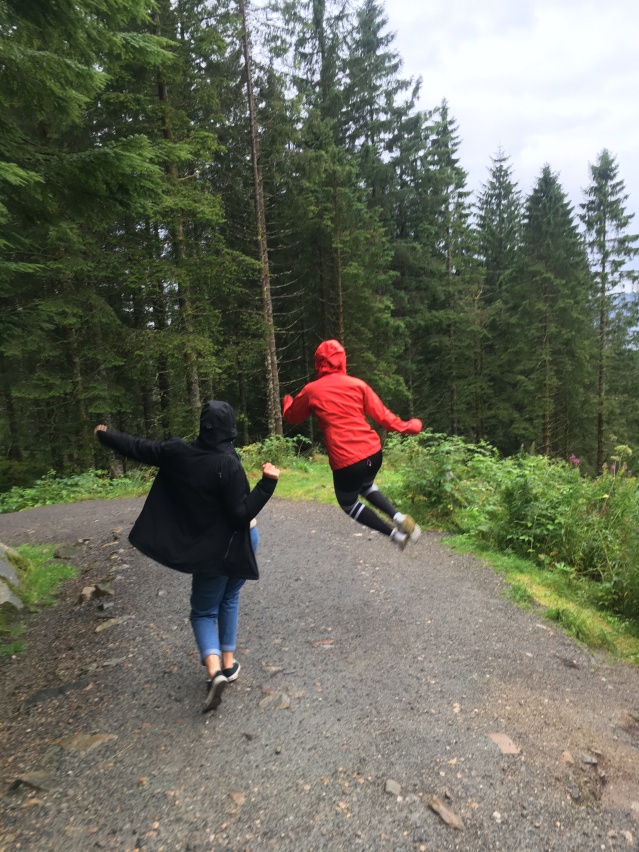 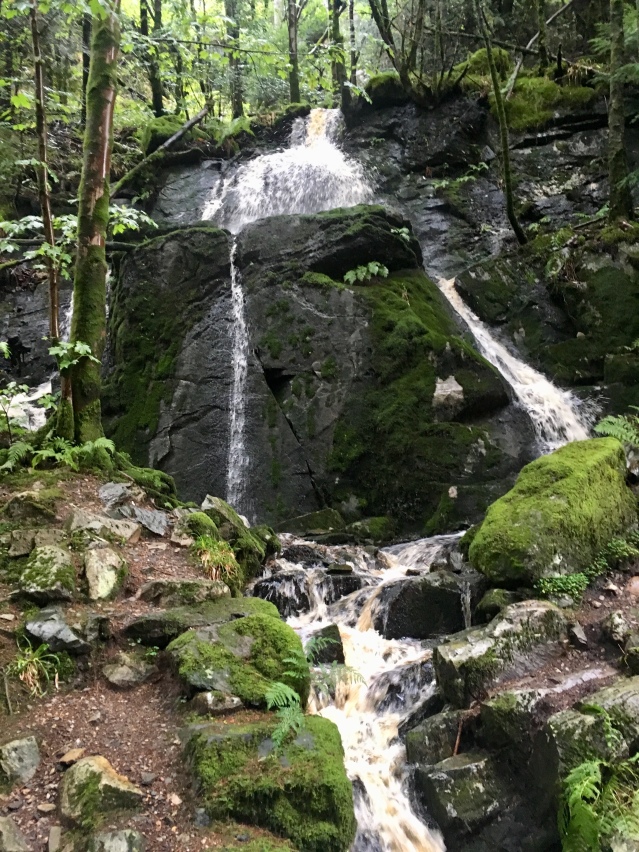 Our second mountain of the weekend (back in Askøy) was Kolbeinsvarden. Now this is a beast and we didn’t make it anywhere near the top but just up to Brikafjellet. It was still very scenic from this point but if you did go all the way up, I’m told you get a 360degree view of all of Bergen. 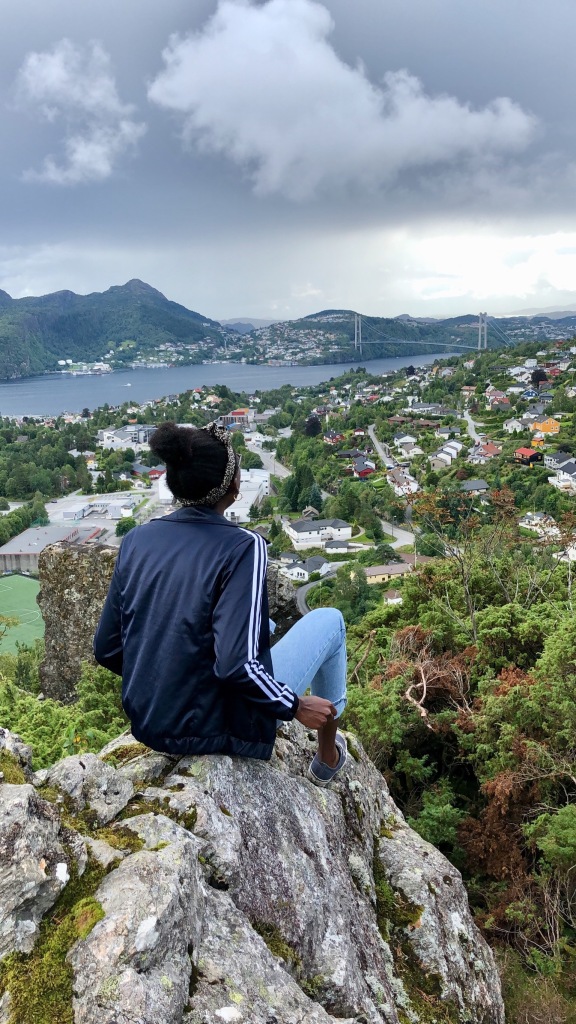 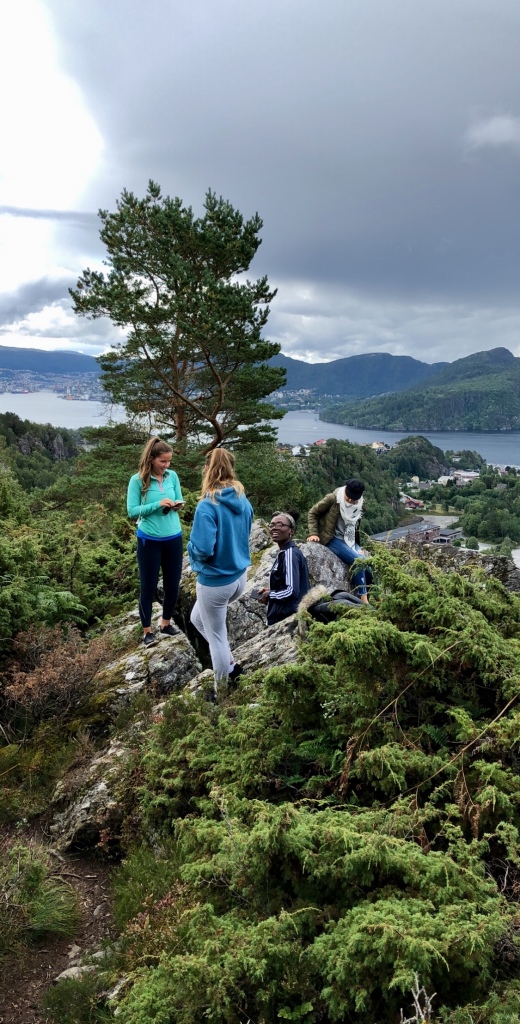 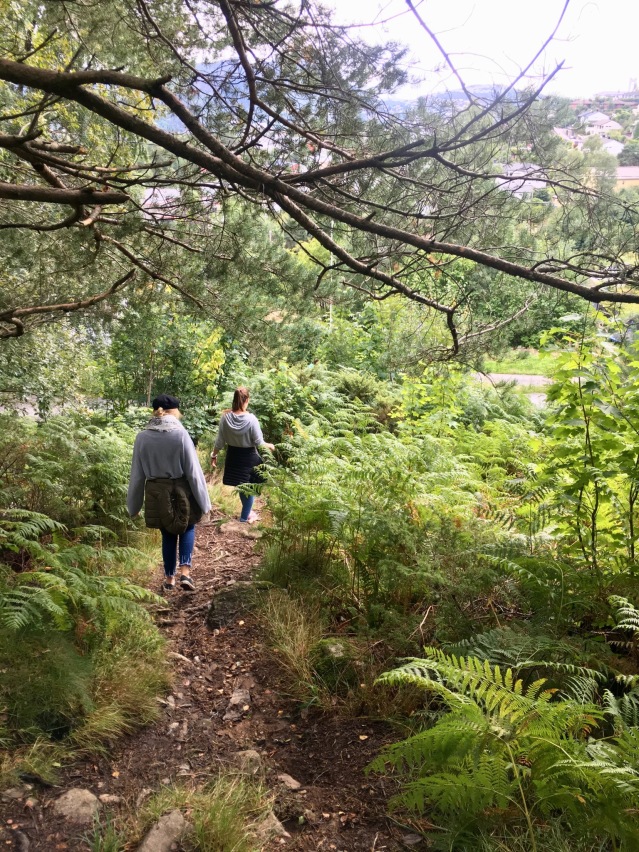 Bergen’s city centre is picturesque with plenty to explore. There’s a row of colourful houses by the port called Bryggen. Today they are a UNESCO World Heritage Site used for restaurants, museums and even a club (also with galleries and cafes in alleyways in between) but they were once very important in Bergen’s history. They were wooden houses used in trading from the Middle Ages with Bergen exporting fish and its oils in return for flour, grain etc which were stored in these houses. At one point, many Germans (part of the Hanseatic League) were living in the area and trading from their office (which may explain the use of German words on many items as spotted by Laura).

A few of the Bryggen “houses” are currently being renovated but all should be done by next year! 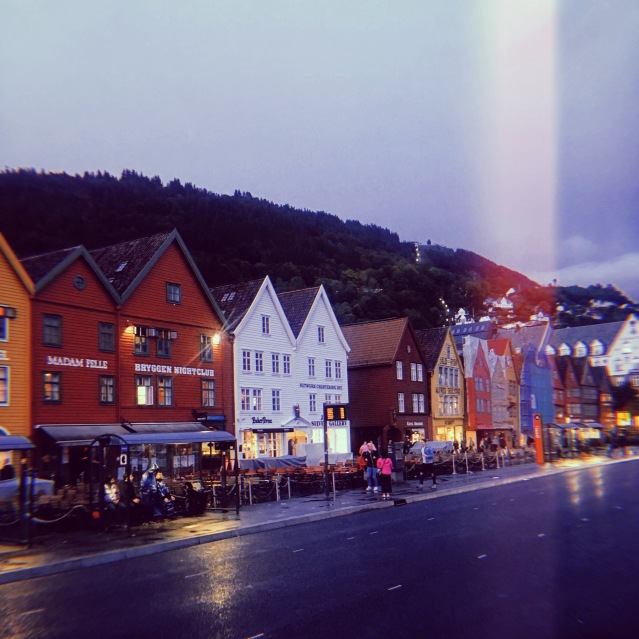 The port is gorgeous to stroll around to check out the insanely huge boats, the market and from there, you can check out the rest of the city. 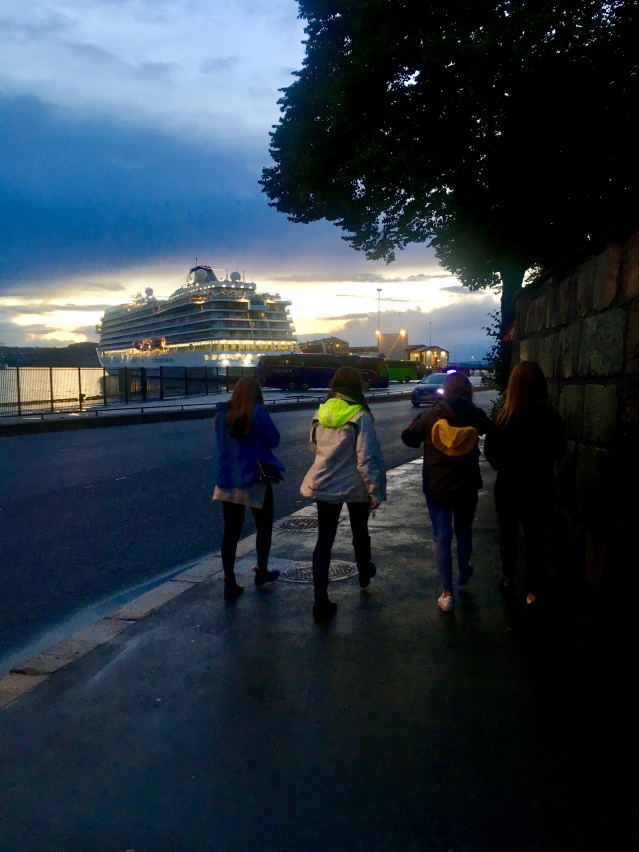 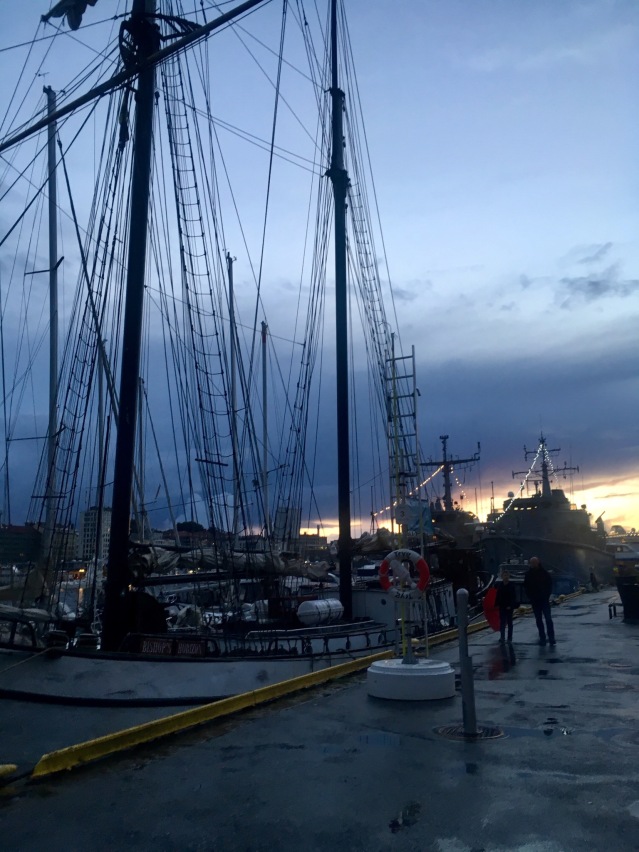 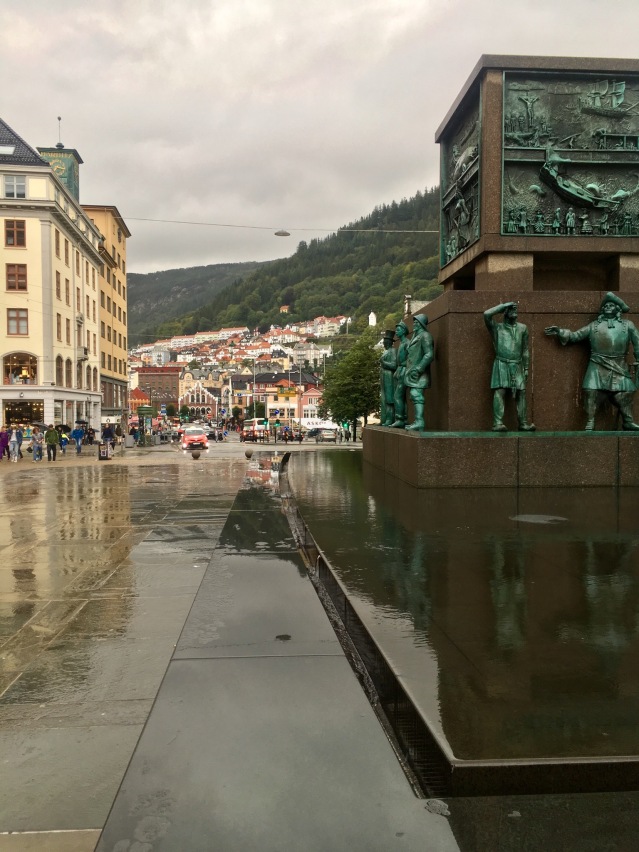 One of the main purposes of the weekend was to attend Kygo’s Kids in Love Tour. He is a Norweigan DJ and plays all over the world including a residency in Ibiza’s summer season of course. He’s from Bergen so the atmosphere was amazing as any homecoming night is. Hearing the sound check from the top of Fløyen the day before was quite surreal! He performed in Koengen which is an outdoor venue, next to medieval fortress Bergenhus Festning. Luckily for us, the rain stopped just as the music started! 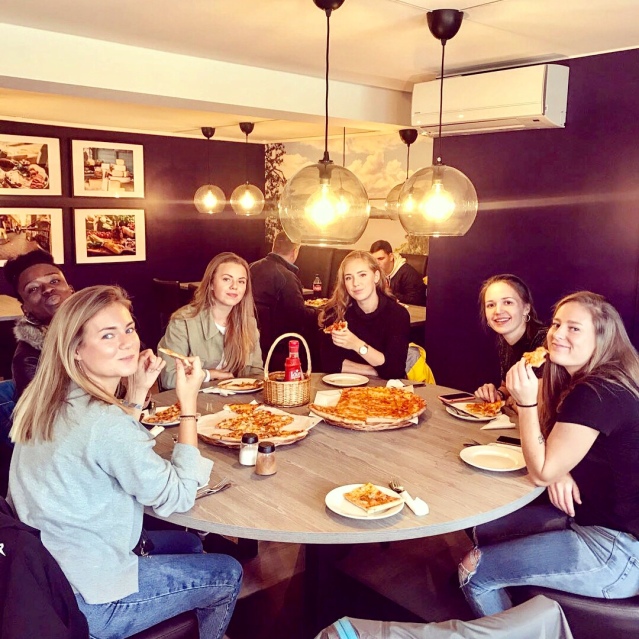 Pre Kygo pizza at Svingen…look at how wet our jeans are from outside!!! 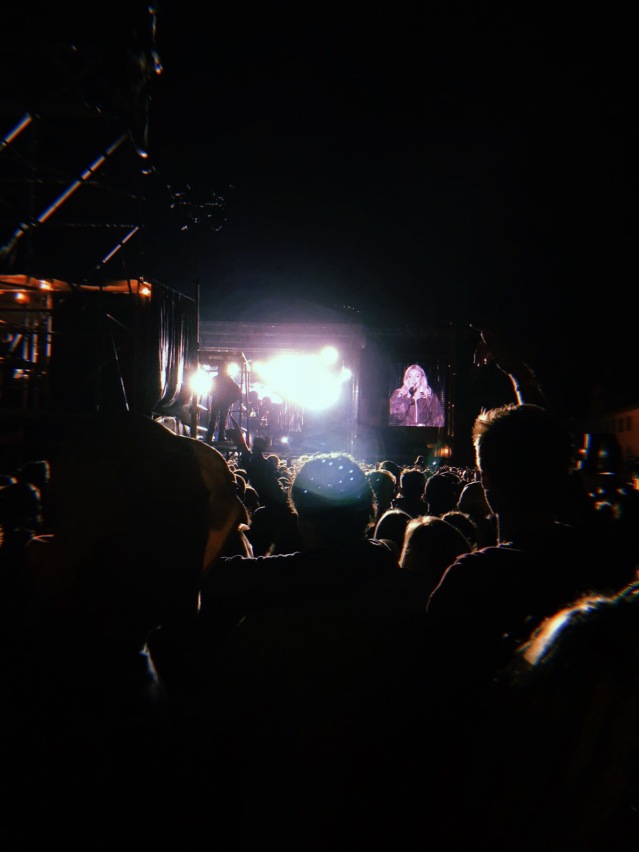 Eating and drinking out in Norway is expensive so we did plenty of home cooking over the weekend. Our breakfasts and lunches involved a lot of bread, cold meat, cheese and fruit which seemed typical here. The “Norwegian Taco” – tortillas filled with meat, salad plus grapes and mango salsa is apparently a weekend family favourite. 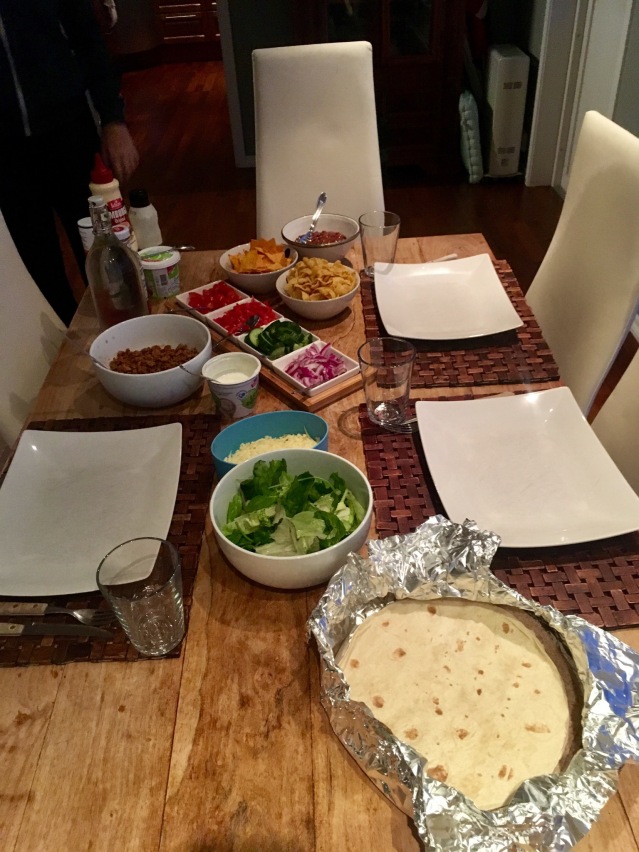 And if you think buying drinks in supermarkets is cheap..it isn’t! Minimum 40NOK for a single can of cider (which is basically £4 but that could get you about 3 cans in the UK!). So to get around this, Norweigans stock up on duty free alcohol. If you are to go out to a bar or club, this is still your best option! But don’t worry about looking smart..as long as you don’t have wellies on, you can get into most places (even wearing a raincoat yes).

I had a great weekend visiting the girls and exploring my second Scandinavian country (Denmark being my first last year). I love how friendly every single person was and even the airport security guard who had a nice chat with me as I loaded my bags and wished me a pleasant journey home! Being from London, I’m used to quite grey rainy conditions but don’t we half moan about it! Whereas here, they accept it is their life and it doesn’t stop them from smiling and wearing those bright yellow raincoats!

Find accommodation early! Lucky for me, I stayed with the girls but you’ll likely choose to be in the city centre so this is key for getting the best deals.

Bring your hiking gear as it’s the best way to see the city. And a raincoat and wellies if you have them.

I would avoid getting out cash as you’ll end up with a large amounts of notes for not much money.

And finally, do not even entertain the idea of a taxi (unless you’re in a big group or being bougie isn’t an issue). My taxi to the airport cost £50 for a 20minute journey. It was an early flight back and we had all been drinking from the concert so I couldn’t be driven back…plus being a Sunday morning, the buses weren’t reliable. So make sure you think about this when booking your flight times! 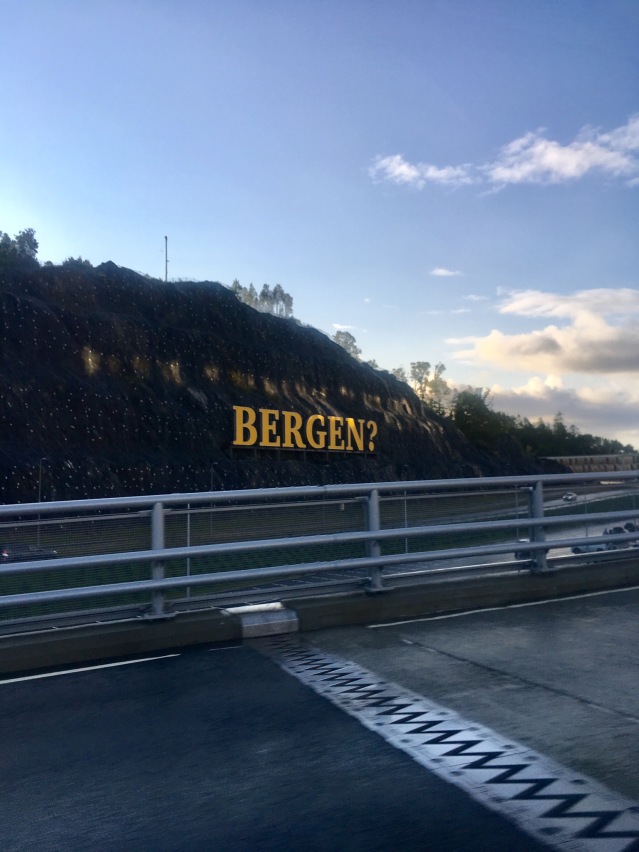 I will definitely be back in Norway in the future! If you have questions or comments on Bergen, do let me know below.