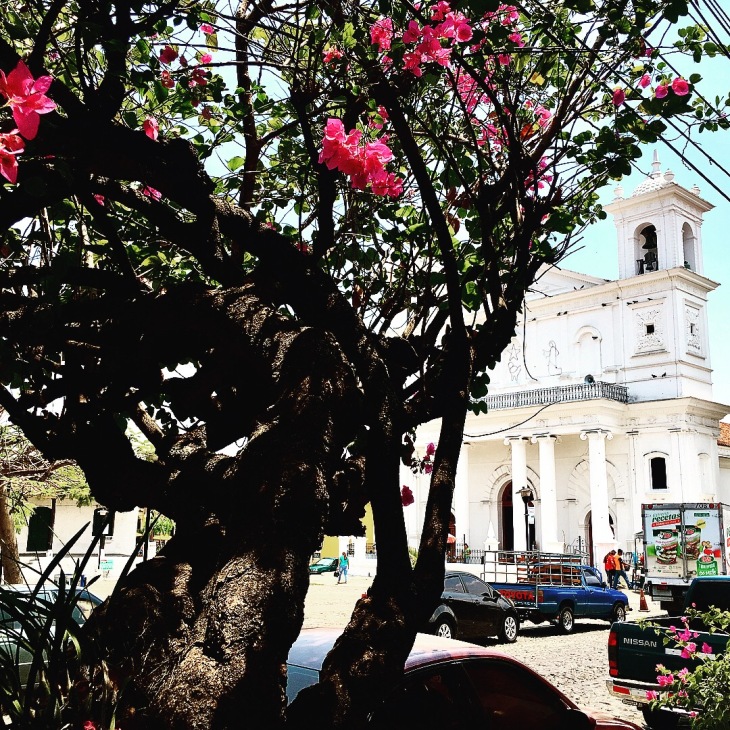 El Salvador (which literally translates as The Saviour) is the smallest of the Central America countries. As you probably guessed from my first posts of the series, it was also previously part of the Republic of Central America. It was interesting to move through here as security was visible outside most shops and in the streets which I hadn’t seen in Costa Rica or Nicaragua.

We paid $3 USD to leave Nicaragua and nothing to enter El Salvador (arriving by boat at the port town of La Unión).

This is a beautiful town filled with pretty buildings and the cutest town centre! We stayed one night here in Hotel Posada Altavista.

The town can be enjoyed by simply strolling around and taking in all its colours and scenery. We visited the indigo dye shop where we were given a demonstration of the natural dyeing process. You can have a cotton tshirt dyed for $20 USD (any shade of indigo and design including tie dye) as well as buy other handmade souvenirs. 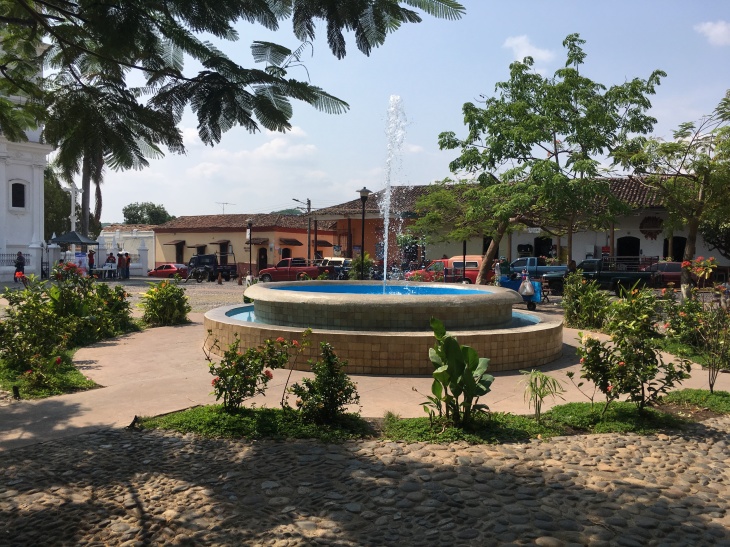 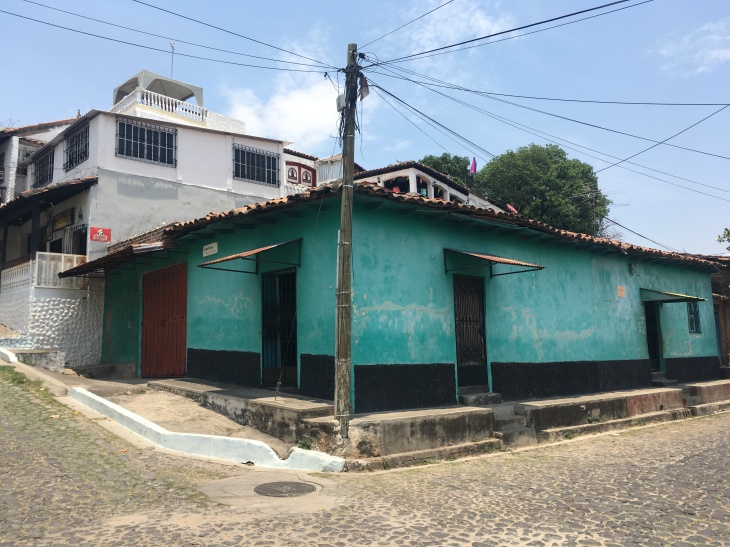 We also had the privilege of visiting a living legend called Doña Victoria. She had an important role in fighting for women’s rights in El Salvador, particularly with domestic violence. Her family rolled cigars and most unfortunately were killed during the war but she continued their cigar rolling legacy, even to this current day. We had the chance to roll a cigar with her and keep it which was cool but she didn’t seem too impressed with some of our efforts!

The local food here is called pupusa…it’s filled with a variety of vegetables or meat and cheese, however you like. Prices start from 50 cents! (Honestly the cheapest thing I ate on this trip and I may have eaten it for breakfast and dinner most days…!)

And for a good night out, El Chucho Aguacatero (opposite our hotel) has great music and plenty of tequila!

We arrived here on a Sunday afternoon (3 hour bus ride from Suchitoto) and the town centre was bustling with markets and music in the streets. It is another small town also filled with beautiful street art and murals.

We stayed in Segen hostel which is a short 5 minute walk to the centre.

Interestingly, Monday was dead in comparison and nothing opened until 10am. I’m not sure if this is normal so I would say it’s best to avoid an early Monday start!

We spent the day visiting the 2 identical churches in town and then walking up the hill to the viewpoint of the town from the Cross. A lot of Central America seem to have these epic viewpoints which are visible from a literal cross on a hill! We had 2 young brothers decide to show us the way despite us kindly declining the offer and then they patiently waited for us as we explored. I was worried that they were supposed to be in school and were instead helping tourists for tips but they assured us that they had finished for the day. I avoid taking pictures of young locals so you’ll have to trust that they were the cutest! 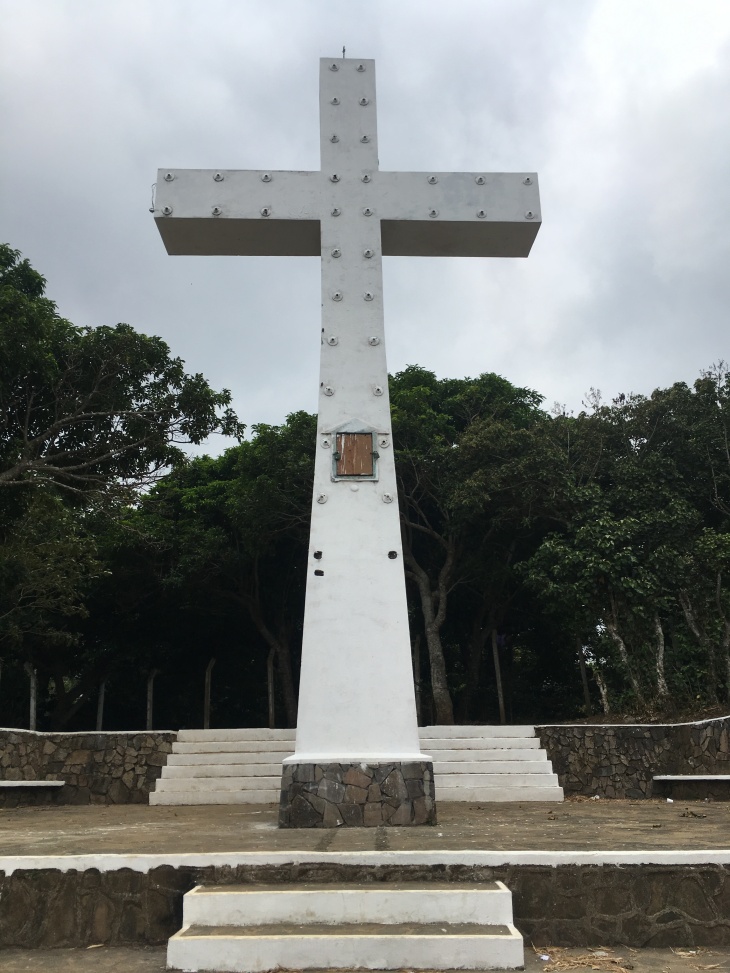 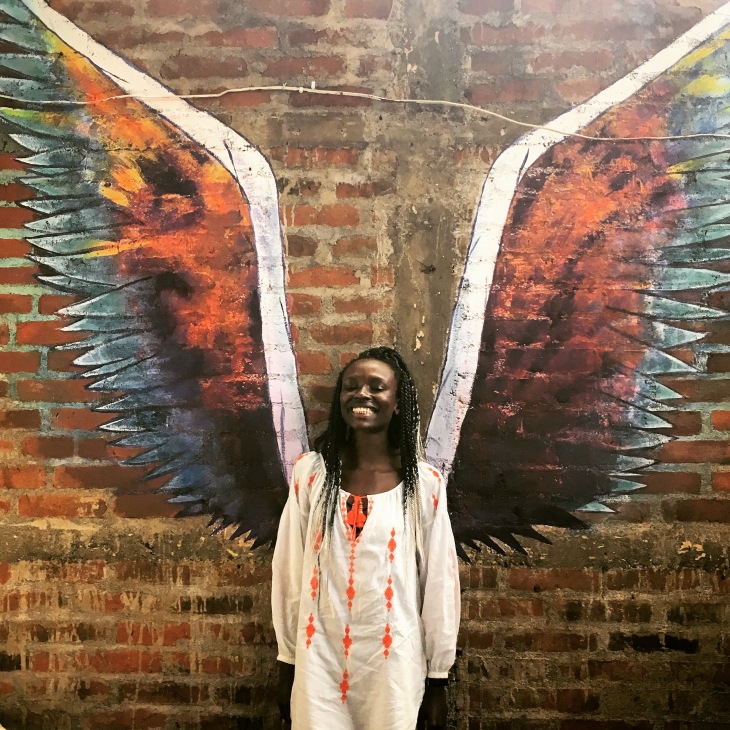 Pupusas – can be found at pupserias or any local restaurants! An absolute must try. 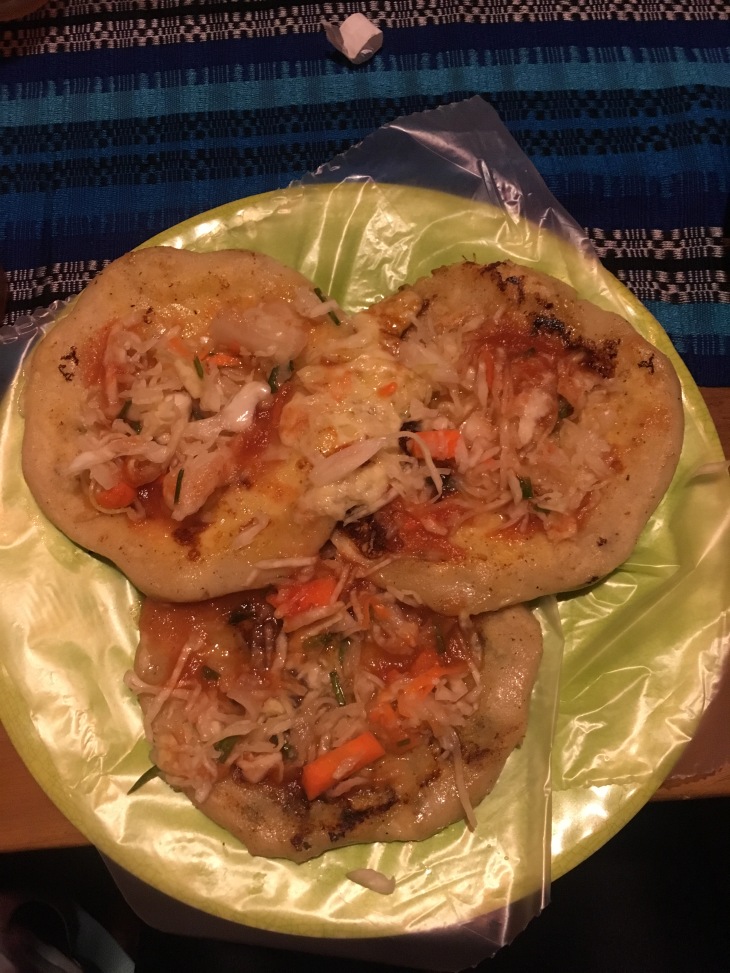 La Estancia – a lovely restaurant attached to a hostel in Ataco. It is mainly good for breakfast – the typical breakfast of bread, scrambled eggs, beans and fried plantain was a delight.

Sibaritas – a more upmarket restaurant in Ataco but still well priced. It cost me $8.99 for the special which included BBQ ribs (or other choices of meat) mashed potato and veg, brownie and ice cream desert and a tea/coffee.

The local currency is actually US dollars. Everything is so cheap that it felt like the most budget friendly country of the continent. Try and use the $1 coins (very bizarre!) before you leave as they are difficult to get rid of afterwards.

The capital and bigger cities can be more dangerous so it’s important to research before you visit. Our tour avoided these areas so I would love to hear from anyone who has visited another part of El Salvador!