Amsterdam is ALWAYS a good idea..so good that I’ve actually been twice.

The first time was on my 20th birthday for a spontaneous post summer exams adventure with 2 of my Uni besties. £44 for a return coach trip from Leicester to Amsterdam. We spent exactly 24 hours there with no place booked to stay..so we ate plenty, stopped for “coffee”, wandered around the city, Vondelpark and watched Holland play in the UEFA Euro Cup in a pub. During the night, we went on an epic bar crawl and had to sit outside in the Red Light District from 4am until our coach was ready to leave…good times!!

My second visit in autumn of 2015 was short but not so crazy…!

I flew with 2 pals on British Airways because free vodka and crisps…now no longer a perk on their short haul trips unfortunately. We stayed at Meininger Hotel Amsterdam City West which was a bit outside the centre so we got buses to town which took 15-20 minutes. Lovely hotel to stay in though with a great buffet breakfast, bar and lounge and really nice ensuite room for the 3 of us.

Our first activity was a canal tour..there are so many to choose from depending on what you want to see. Ours was a guided tour with headphones in which you choose your preferred language. Despite it being grey and miserable, we were feeling cute and the city was too. 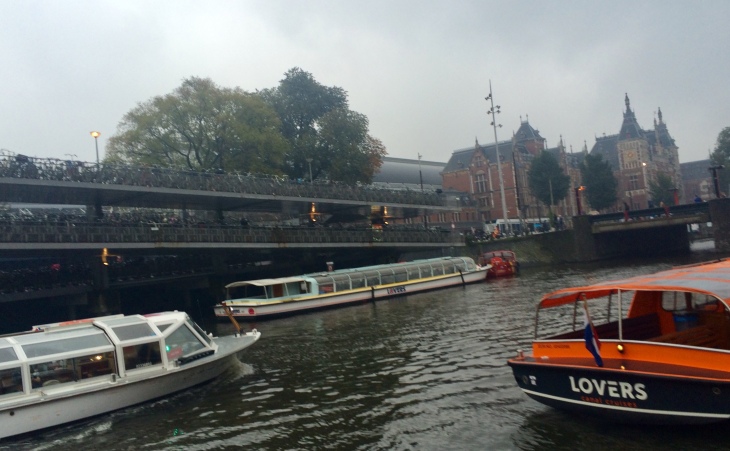 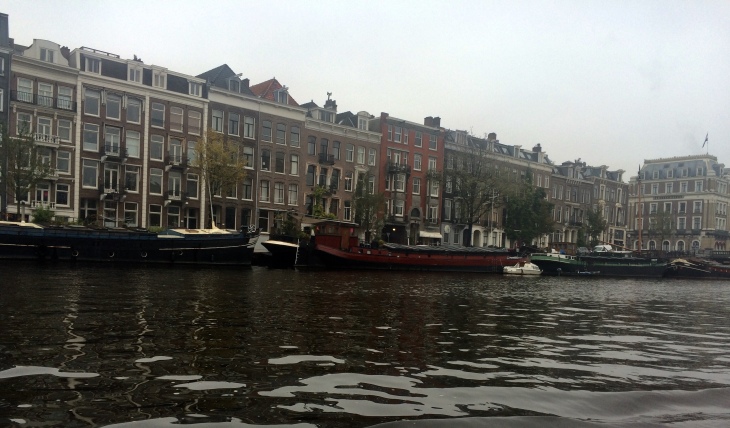 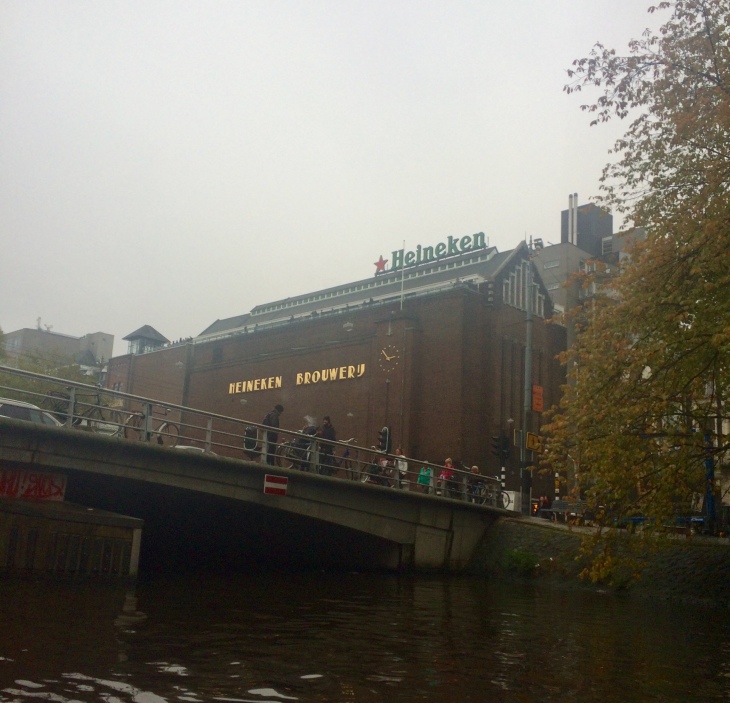 But at times the weather defeated us so at times we cheekily hopped onto a random tour boat to take us to our destinations.

It was hard to escape walking through the Red Light District again. It’s a strange juxtaposition of the women posing for work and Dutch people going about their normal lives with tourists who have come here to just stare. I learnt about the different coloured lights used to advertise to various customers’ tastes.

We continued to brave the miserable weather to visit Vondelpark for a romantic walk. It is a huge park full of lakes, trees, a few places to eat and many cyclists of course.

For the perfect tourist shot of Amsterdam, you must visit the Rijksmuseum..it’s an art and history museum with the well known I Amsterdam sign outside. It is also near  Van Gogh Museum and the designer shopping streets. 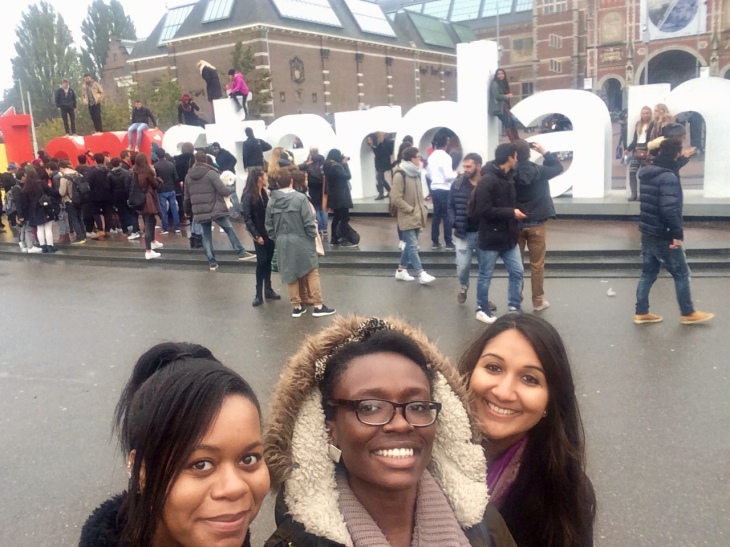 As if we weren’t cold enough, we visited the Amsterdam Icebar at night for more. It’s gorgeous inside but the best part for me was the bar that you defrost in after the tour! 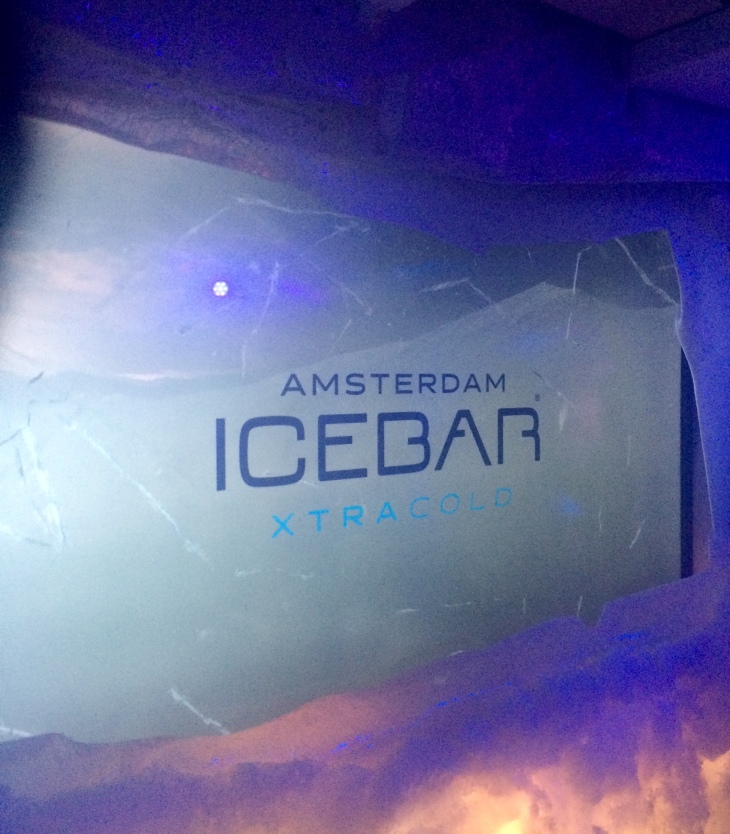 We really wanted to go to the Museum of Prostitution (Red Light Secrets)..but weren’t sure how it would be. So for some Dutch courage(!), we first went to one of Amsterdam’s most well known coffee shops – The Bulldog.

The Museum was actually very interesting as it took you through the history of prostitution, examples of environments that the women work in and thoughts and expectations of some of the women. One unexpected part is where you get to stand in a window to pose as the women would do.

We managed to eat and drink our way through the city in the short time that we were there…Pancake Bakery being my personal fave. 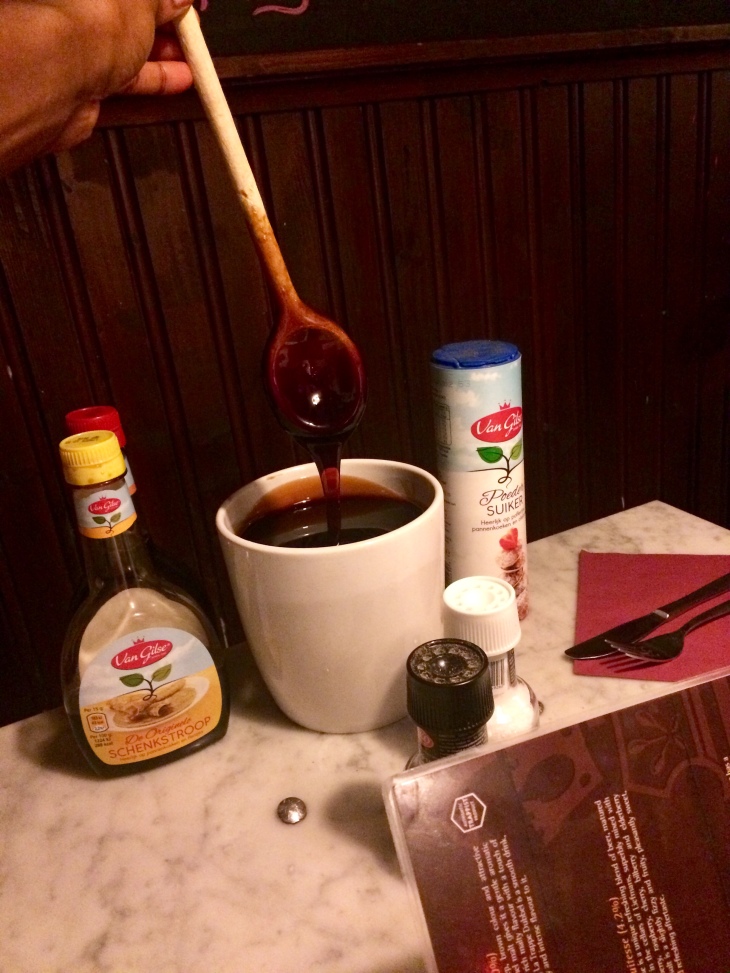 Other places to visit but not pictured include Anne Frank House (book in advance/ get there as early as possible as queues are mad), Tulip Museum, Bloemenmarkt, Rembrandt House museum and of course to cycle your way around the city.

Planning to visit Amsterdam in the New Year or have been recently? Share your thoughts and tips below!